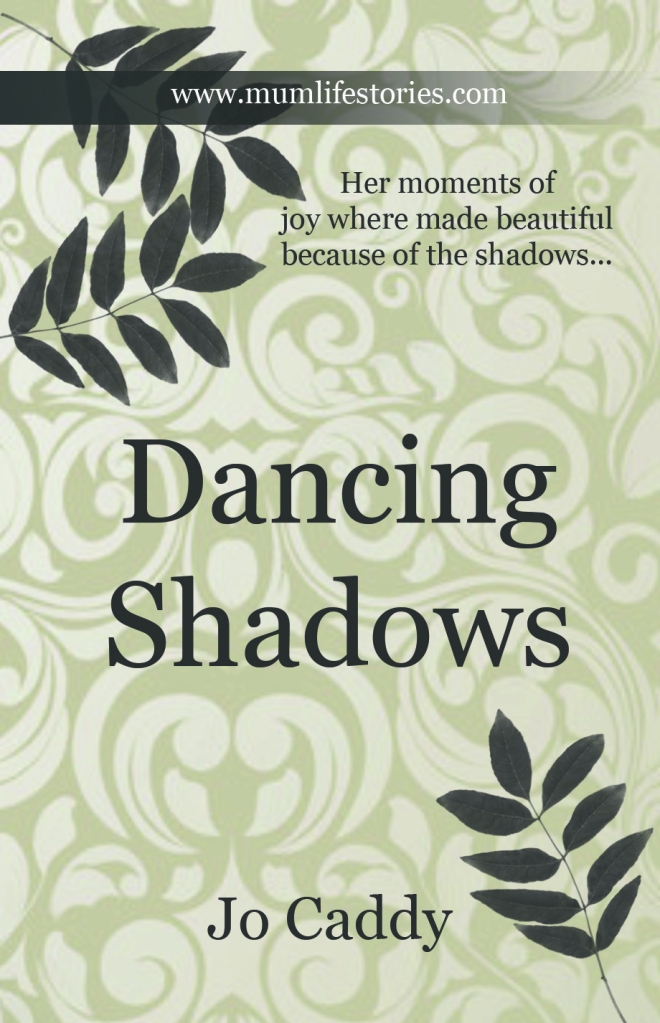 Well it’s been a while since I’ve shared one of my own stories and I am hoping I’ve chosen the right one to publish. I wrote this short story last year for a competition with Odyssey house Victoria. The theme was ‘reflection’ and it had to mention alcohol or drugs in some way. Unfortunately I didn’t win, there were over 700 quality entries and this was only my 4 or 5th competition. I’ve edited it a little and feel it’s better now, but I’ll let you be the judge. Feel free to leave comments and helpful feedback in the comments below the post.

It’s a sad one, so have some tissues on the ready! Please be aware that there’s mention of the loss of a child so if this is a trigger for you, perhaps another story would be better 🙂 This page contains affiliate links which I may earn a commission from if you click on them and make a purchase. Affiliate links help me keep this blog running. Thanks

She stared fixedly at the beige jacquard wallpaper that clothed the far wall of her room. The subtlest of smile’s tugged at the faintly wrinkled corners of her mouth as she observed the sunlight dancing with the shadows of the tree branches in an exuberant waltz. She shut her eyes, listening to the sleepy rustling of leaves as the tall Eucalyptus trees swayed in the breeze just outside the French doors leading to the patio. If she relied on her senses of sight and hearing alone, she would imagine herself to be in a beautiful, magical place, but perception and reality danced in her mind to a more sombre tune than that of the light and shadows on her wall.

She thought about the relationship between the two contrasting elements. How completely different they were, opposite in fact. Neither could exist in the same space as the other, yet neither one could exist without the other. It occurred to her how similar this was to the overwhelming emotions that were happiness and sorrow. Did not the two consistently fail to co-exist in one’s heart and soul and was one not undefined without the other?

The drugs the nurses in their clinically white scrubs coerced her to consume every morning did little to change her perspective. The thoughts that haunted her mind before she arrived, were still alive and thriving, however the fierce emotions that kept company with them and screamed at her night and day, were now nothing more than a whisper and she often felt she was viewing her life from a distant point, as though outside of herself. She remembered happiness and sorrow like the loss of controlling relatives, with vague nostalgia but no real mournfulness to speak of.

Elaine, so adrift in her thoughts, hadn’t noticed the arrival of the young man sitting adjacent from her in the arm chair reserved for visitors. He sat patiently, his soft un-calloused hands with fingers intertwined, resting in his lap. He smiled widely at Elaine’s sudden perception of his presence, her blue eyes beaming with jubilation, furrowing at the corners as she returned the sentiment.

“Thomas” she declared, her heart warming at the sight of him “you snuck up on me again.” She giggled at his sneakiness, remembering what a playful child he’d been. His loving smile consumed his entire face, forcing his Emerald green eyes to close half-way. Elaine noticed he had matured since the last time he came. He had grown even more handsome and muscular. His broad shoulders sprung up and down as he chuckled at her bewilderment to see him and the apparent delight it gave her.

“Your always so far away, it’s not hard to come in unnoticed” he proclaimed leaning forward to impart an affectionate kiss on her wrinkled cheek. Falling back into the armchair, he swept aside the stray dark portion of hair that fell heavily in front of his eyes. He stared at her for a moment as though analysing her thoughts. He seemed reluctant to speak which Elaine found unnerving as he was generally the one person who spoke to her without reservation. “How are you?” He finally questioned her, concern forcing a wrinkle between his brows.

“The same as always Thomas, why do you ask?” her smile waned to an apprehensive frown and her heart quickened slightly. Why was he being so sober? It was unlike him. Their visits had always been full of laughter and lightness like a ray of sunshine on a gloomy day. No matter how much the drugs numbed her feelings, she could always find a glimmer of hope and joy in his company. Today seemed divergent though.

“Did you talk to the doctors this week?” he asked nervously, searching Elaine’s face for signs of surrender. He began rapidly tapping the arm of the chair with his right index finger. Elaine recognised the fear in his eyes and immediately desired to eliminate the burden from him, to encourage him that all was well.

“Yes, I did. It was time to at least answer some of their questions and let them know what was what” she answered steadfastly.

“They don’t want me to visit you anymore, do they?” He’d never been one to waste time with subtlety and today was no different. His directness was usually for Elaine’s benefit, to draw her out of her shell, but today it was evidence of his own apprehension.

“No, they don’t” she began sympathetically “but I told them they could keep their opinions to themselves as I have no intention of asking you to cease visitation. Your company is the only thing that keeps me going. I could not bear it if you went away.”

He relaxed, alleviation relighting the joy on his expressive face “I’m so glad you said that, I don’t know what I’d do if I couldn’t come anymore, I’d be lost” his tone turned sorrowful and concern returned to his young face as he looked at Elaine, pleading to her with his eyes “I’d be all alone. You would never leave me alone would you, not ever again?” a single tear dropped from his lower eyelid and rushed down his pale cheek, resting motionless at the precipice of his jawline.

Elaine felt anguish return to her broken soul and she desperately needed him to know that nothing and no one could ever convince her to abandon him. “No, never” she passionately declared. She noticed that the light in the room was fading, the dancing shadows disappeared as clouds began to gather outside, camouflaging the sun. Footsteps and muffled voices could be heard at the end of the hallway, growing in volume as they approached the door to her room. Thomas slipped out the French doors just as the knob began to turn on the bedroom door and the nurse on duty entered, closely followed by Elaine’s 42-year old daughter, Ashley.

Ashley thanked the nurse who smiled in acknowledgement and left the room, closing the door quietly behind her. Ashley kissed her mother on the cheek, squeezing her arm affectionately and pulling closer the armchair Thomas had been sitting in moments before. Elaine noticed Ashley’s whiff of perfume was missing the usual underlying hint of whiskey.

“Hello Mother” her tone reflected despair at her mother’s unchanged disposition. “How are you today?”

“Yes, Thomas came to visit so it can’t be bad, can it love?” She smiled knowingly at her daughter.

“No, I guess not.” Ashley replied matter of factly, rubbing her temple with her forefinger. Did you see the Doctors this week?”

“Yes dear, I spoke to them just like you asked.” She smiled and patted Ashley’s hand just like she used to do when Ashley was little and needed encouragement.

“Good, I’m glad. Did they say anything about your progress?”

“Yes Mother, I believe they are right. You have to let him go…I have.”

“Oh, but Ashley what happened wasn’t YOUR fault, was it?”

“It wasn’t YOUR fault either Mother, I really wish you’d believe that.” Her tone sounded desperate.

“But it was, I left him alone in the car while I went into the store. I shouldn’t have done that, even if it was just for a minute. He was only two, just a baby.” Elaine’s voice became shaky and she turned away from Ashley to stare out the window at the clouds moving quickly in the afternoon sky.

“He was asleep Mother, you thought it best not to wake him. How could you know someone would take him in that short time? I really feel his visits are hindering you from getting well.”

Elaine snapped her head back to glare at Ashley, frowning in disbelief “How can you say that about your own son?”

“He’s dead Mother” her graceful face contorted with agony at the memory and tears filled her eyes “you have to forgive yourself and let him go in peace. You have other children who need you, other grandchildren.”

Elaine’s gaze softened with empathy and she touched her daughters shoulder softly “You have your father love, and there are other grandparents. Thomas only has me now, that’s why I can’t ask him to go, I can’t leave him alone again, I wont.”

Tears spilled from Ashley’s eyes and she wept as her heart broke again at the realisation her Mother was never coming back to her. The pain was second only to the day her heart first broke, the day they pulled her son’s tiny limp body from the lake just outside of town. She kissed her mother gently on the forehead and left the room quietly.

Elaine watched as the clouds parted and the sun came into view again. She turned her eyes toward the far wall and smiled once again as the shadows and light resumed their passionate waltz. Like the light, her moments of joy where made beautiful because of the shadows, the shadows that were forever a part of her.

Thank you so much for reading my story, if it wasn’t for my readers, I would have no one to write for. You keep me motivated and pressing forward. Please follow my blog or sign up to the mailing list to get all the latest news, stories and promos (including writing competitions & giveaways), plus a FREE ebook, exclusive to our email subscribers.

If you’d like to submit one of your stories for consideration for publishing on this blog, please see our submissions page for more information. 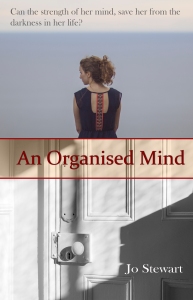